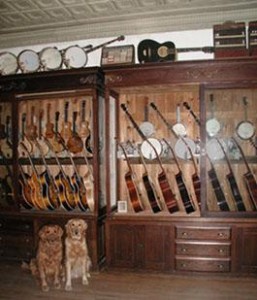 Wil Bremer
was already an experienced repair person and dealer in vintage instruments when he opened Spruce Tree Music in 1980. He opened his first full time shop, The Spicertown Folklore Center, in Akron, Ohio, in 1972. Later, he opened a shop in Bloomington, Indiana. Wil also occasionally teaches Fretted Instrument Repair at the University of Wisconsin National String Instrument Repair Clinics.

Dale Reichert
walked through the door in 1985 looking to teach banjo. It so happened that he was also an accountant and we needed an accountant… He maintained his association with the shop while living in Kentucky. He’s now back in Wisconsin, playing banjo and dobro with Art Stevenson and Highwater.

Doug Craemer-Meihsner
hails originally from Belleville, Wisconsin (widely known as the UFO capitol of the country). Doug studied music at the University of Wisconsin and played bass with the local legendary band Marques Bovre and the Evil Twins. He joined Spruce Tree Music in 1994 as a general all-around guy and has become an accomplished instrument repair person.

Jennifer Clare Paulson
is a violist with the The Madison Symphony Orchestra. Beyond her extensive experience as a classical and jazz violinist/violist, Jen has explored a variety of other instruments such as Japanese koto and tenor banjo. She discovered her grandfather’s Roy Smeck Vita Ukulele, which has led her even further down the path of fretted instruments. All of this makes her a good fit for our shop. She joined Spruce Tree Music in 2010. 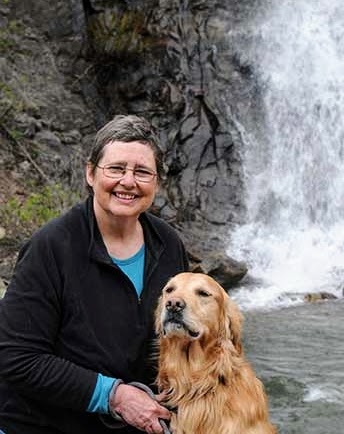 Julie Luther, along with Wil, was the driving and creative force behind Spruce Tree Music as we know it today. Julie died on Monday, March 11, 2019 after a long struggle with cancer. Julie fell in love with traditional music and learned to play the guitar as a teenager. After graduating from high school, Julie attended the University of Minnesota and received a B.S. degree in geography and anthropology. Julie met Wil Bremer through the folk music community in Minnesota. For a while, Julie supported herself performing around the Midwest singing and performing on a variety of stringed instruments. She also performed on Wisconsin Public Radio, recorded the album For All That, and taught guitar and old-time banjo. She moved to Madison and joined Spruce Tree Music in 1985, marrying Wil in 1990.

Julie was a strong, smart and interesting woman. She had a quirky sense of humor and most conversations with her were filled with wry comments and laughter. She loved nothing more than sharing a pun with her beloved brother Peter Hansen. She will be forever missed and we will do our best to carry on the traditions of Spruce Tree Music without her.

Please make a contribution to your favorite local conservation group in memory of Julie.